Our own fly fishing lure

“This lure was developed in the 1960’s. It came about from the request of a friend and customer Jack Bell, who was a great angler in the Rotorua Lakes district. He fished Lake Rerewhakaaitu a lot and mentioned that the fish he was catching had many bully and a green / black nymph in their gut.

On examination they were probably Dragon Fly nymphs. The ‘killer patterns’ we mainly used, Kilwell no 1, Lords Killer and Mrs Simpson were good, but I felt something closer in colour would be better. I dyed some Grey Partridge green and tied some black Squirrel tail with Golden Pheasant tippet feathers so they just showed out the back to give some balance.

Using red wool as the two bodies, then tying 2 pair of Partridge on, the fly was complete. When the lure was wet it showed darker and looked better than the other Killer patterns. Jack went out and tried them and had immediate success and came back to the shop and said we had a winner.

They became very popular very quickly and I decided to call it Hamill’s Killer, making them both in red and yellow bodies. Another of our fly’s from this era is the Scotch Poacher but that is another story.” 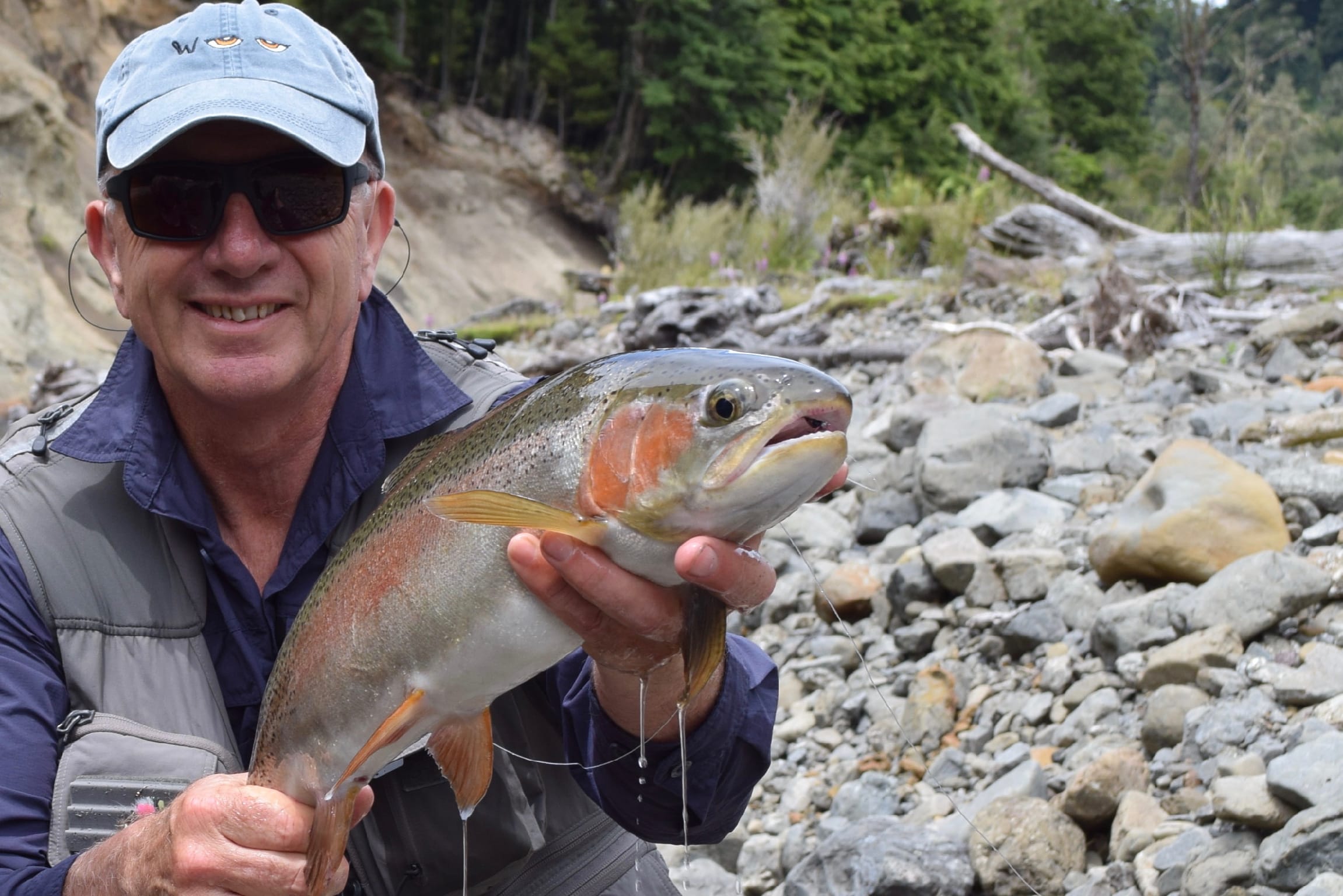